Sophisticated indie rockers Slow Club will be bringing their exquisite, love-song pop harmonies to Philly next month.  The English duo, formed in 2006, has released two EPs and five full-length LPs.  They are currently on tour supporting their 2016 release entitled One Day All of This Won’t Matter Anymore.  The band first gained recognition with their 2009 debut Yeah So.  Their albums can be characterized by charming indie rock jams meeting intimate folk duets.  Simple, underlying rhythms combined with dreamy guitars support multinstrumentalists Charles Watson and Rebecca Taylor’s intricate vocal harmonies.  The track “Tears of Joy” off their 2014 release Complete Surrender includes a touch of jazz, dance, and even a slight hint of funk.  The final track “Wanderer Wandering” off the same record is a new-wave synth ballad, yearning for the affection of a significant other.  Their newest record has a catchy, pleasant presentation juxtaposed with sorrowful lyrical content.  In a live setting, the two artists play with a full band, but also perform acoustic renditions of some of their more popular songs.  Slow Club is for fans of Florence and the Machine, St. Vincent, and Sufjan Stevens.  Catch them Upstairs in Philly November 13th!

Langhorne Slim and his band, The Law, have been storytelling to audiences since 1999.  A Pennsylvania native, the band’s leader and primary songwriter uses his acoustic guitar and country-tinged voice to take the audience on a journey through life’s rough moments and the happier ones.  The band first gained recognition after the release of their first full-length, self-titled LP in 2008.  Following the album’s popularity, the group made appearances on national late night shows such as David Letterman and Conan O’Brien, and also gaining a spot on notable music festivals including Lollapalooza, Bonnaroo, and the Philadelphia Folk Festival.  Although, their most critically acclaimed record, The Way We Move, is the album most of their fans and critics call “damn near perfect” in the world of folk music.  Langhorne Slim’s raspy, southern honesty comes out especially in track five, “On The Attack,” off this record.  While tracks like “Salvation” and “Wild Soul” show the softer side of the artist.  All in all, Langhorne Slim gives his audience honest folk songs while adding a touch of country, creating his own brand of alternative folk music.  For fans of The Avett Brothers and Bob Dylan.  Catch Langhorne Slim & The Law on October 23rd at the World Cafe Live at The Queen in Wilmington!

The inaugural Distilladelphia this past Sunday, October 2nd was a huge success! Congrats to our winners Red Brick Craft Distillery and Hewn Spirits. Thanks to all participating distilleries and guests- we can’t wait to see you again next year! 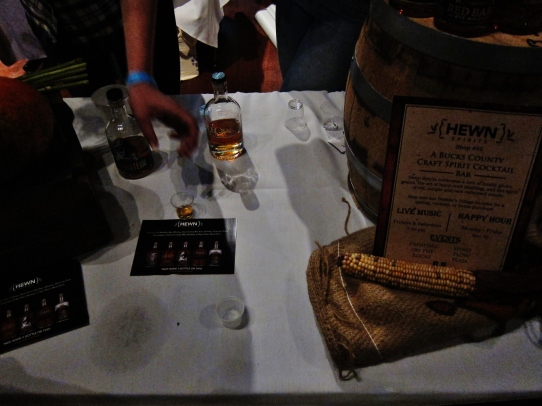