by Jesse Bernstein, For The Inquirer

David Berman was 52 when he took his own life last August in a Park Slope apartment.

For those who knew the singer-songwriter — less than a week from embarking on only the third tour of his decades-long career — it was a crushing loss. The work of Berman’s longtime band, Silver Jews, was and remains a touchstone for indie rockers across the country, and his newer project, Purple Mountains, had just recently released its first record.

To Jeff Meyers, chief talent buyer at World Café Live, Berman’s death presented something else: a chance to do some good.

“Really bad situations just make me want to figure out what I can do to make it better,” he said.

On Saturday, the band Speedy Ortiz will be joined by a festival’s worth of Philadelphia musicians for “Philly Remembers David Berman,” a World Café Live tribute that will feature covers of Silver Jews and Purple Mountains songs. Additionally, on the recommendation of Speedy Ortiz’s Sadie Dupuis, selections from Berman’s poetry will be recited. All proceeds will go to MusiCares at the request of Berman’s record label, Drag City.

Berman died five days before he was set to play a sold-out concert at World Café Live, just the third time he would have appeared at a Philadelphia venue, and the first since 2008. As the guest services and box office teams scrambled to alert all ticket-buyers that the show had been canceled, Meyers was inundated with requests for the date itself to be kept, if only for fans of Berman to gather and listen to his music, together.

Though the timing was not to Meyers’ liking, the sentiment certainly was. Quickly, he identified an open date that made sense — Jan. 4 is Berman’s birthday — and began reaching out to Philadelphia musicians to gauge their interest.

What he found was a community that was eager to pay its respects to a beloved figure. “I didn’t really have to convince many people very much about this,” Meyers said.

Early on, Meyers and Dupuis agreed that Speedy Ortiz would serve as a core band for the evening. Throughout the night, dozens of local singers and musicians, including Jake Ewald (Slaughter Beach, Dog) and Cynthia Schemmer (Radiator Hospital) will join them. Local poets like Jenn McCreary and Emma Brown Sanders will read from Berman’s poetry collection, Actual Air.

“People picked a selection of songs that I think represent the full emotional spectrum of what David was capable of writing about, often within the same song,” Dupuis said.

Dupuis has long found herself drawn to Berman’s work, both as a musician and a poet. She was once “obsessed” with Actual Air, and even attended the same poetry MFA program, at University of Massachusetts Amherst.

“I always felt a kinship to him, even though I didn’t know him personally,” she said.

Silver Jews started as a project of Berman, Stephen Malkmus, and Bob Nastanovich in 1989. Though the latter two would go on to find fame and critical acclaim with their own band, Pavement, Berman remained as the sole consistent member until he ended the band in 2009, releasing albums every few years and developing a small, dedicated fan base.

One of those albums was American Water, released in 1998, and one of those fans was Frances Quinlan, the singer for the band Hop Along, who will be performing a Silver Jews song Saturday night.

Quinlan spent a summer working as a house painter with a friend of hers, and each morning they’d listen to American Water as they made their way to work. At 7 a.m., Quinlan would hear the opening line of “Random Rules” — “In 1984, I was hospitalized for approaching perfection” — and they remain as striking to her now as they did on those mornings. “They’re just undeniable,” she said, comparing him to celebrated lyricists Joanna Newsom and Leonard Cohen.

Andy Molholt of Speedy Ortiz said that spending so much time with the material — not just listening, but rearranging for the musicians who will be playing it Saturday — has brought him closer to Berman’s observations of humanity in a way he had not been before. Understanding Berman’s humor, he added, is similarly vital to understanding his music. An expletive-laden line from a Purple Mountains song has felt to him especially evocative of Berman — somehow obscene, tender, vulnerable, and funny in the space of just a few words.

Berman’s struggles with his mental health were well-documented, often by him. He survived a suicide attempt in 2003, which his lyrics reflected. “Way deep down at some substratum/Feels like something really wrong has happened/And I confess I’m barely hanging on,” he sang on “All My Happiness Is Gone,” released in 2019.

According to Dominic Angellela, who will join Speedy Ortiz for a rendition of Silver Jews’ “Smith & Jones Forever,” the circumstances of Berman’s death can make it difficult to talk about him. To say what you feel about the death of an artist you never knew can feel trivial, or trivializing, he said. And so, Angellela decided that the best way to express his feelings about Berman was to get on stage, “and play some music I really believe in.”

Angellela and the rest of the musicians won’t be alone in celebrating Berman on Saturday. In Portland and New York City, similar tributes will be taking place. To Dupuis, such celebrations are further reinforcement of what she’s learned since his death: just how many people held Berman’s music and poetry close. 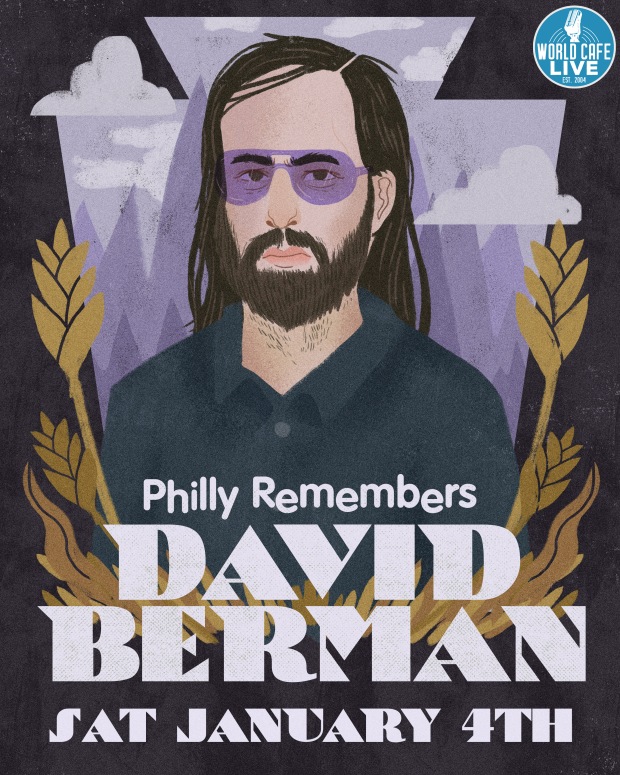